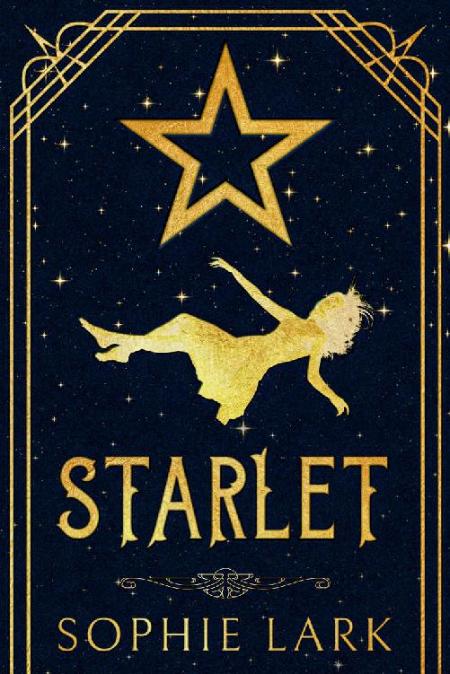 A Star Is Strangled.

Clara was Hollywood’s hottest rising star, until someone murdered her on the Paramount lot.

I went to claim her body. The producers offered me a job instead.

Clara and I may have looked like twins, but we’re nothing alike. She loved being splashed across the silver screen and the gossip pages, dating co-stars and gangsters.

I’m just a broke student with a knack for languages.

I took the job, but not because I care about finishing the film.

I want to know what happened to my sister.

I’m surrounded by jealous actresses, crazed fans, and ruthless directors. The only person I can trust is an off-duty detective who may be more distracting than helpful.

I only have two weeks before the movie wraps. And I may be working right next to a killer.

Starlet is a Romantic Mystery set in Hollywood’s Golden Age, right at the cusp of the Second World War. It includes both fictional and real-life characters like Clark Gable and Cecil B. DeMille. This standalone novel includes steamy scenes for mature readers only.

Two of my favorite films are "La La Land" and "Once Upon a Time in Hollywood", because they show how Hollywood can be a world unto itself, with its own history and culture. We all consume movies created there, without really understanding what it means to live and work in that space. I thought it would be fascinating to throw an outsider into that hotbed of glamor and sin, with the imperative of unearthing a secret that everyone else wants to keep buried. – Sophie