Silence of the Soleri 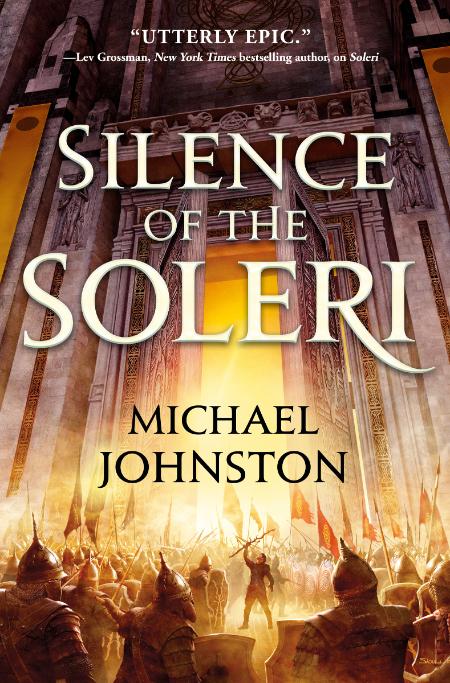 Silence of the Soleri is the action-packed sequel to the epic fantasy novel Lev Grossman calls "bloody and utterly epic."
Solus celebrates the Opening of the Mundus, a two-day holiday for the dead, but the city of the Soleri is hardly in need of diversion. A legion of traitors, led by a former captain of the Soleri military, rallies at the capital’s ancient walls. And inside those fortifications, trapped by circumstance, a second army fights for its very existence.
In a world inspired by ancient Egyptian history and King Lear, this follow-up to Michael Johnston’s Soleri, finds Solus besieged from within as well as without and the Hark-Wadi family is stuck at the heart of the conflict.
At the Publisher’s request, this title is being sold without Digital Rights Management Software (DRM) applied.