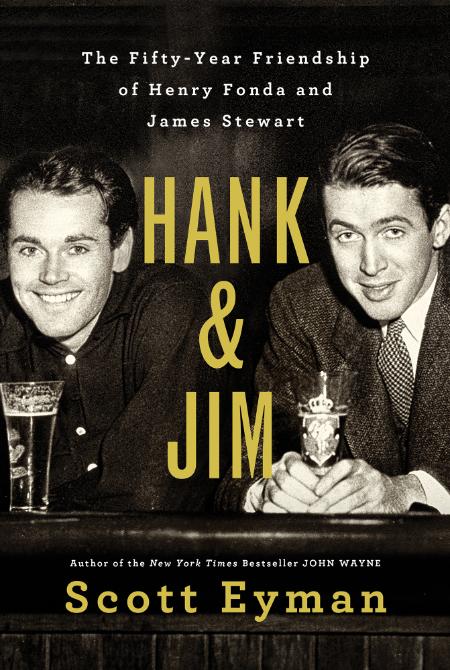 New York Times bestselling author Scott Eyman tells the story of the remarkable friendship of two Hollywood legends who, though different in many ways, maintained a close friendship that endured all of life’s twists and turns.
Henry Fonda and James Stewart were two of the biggest stars in Hollywood for forty years. They became friends and then roommates as stage actors in New York, and when they began making films in Hollywood, they roomed together again. Between them they made such memorable films as The Grapes of Wrath, Mister Roberts, Twelve Angry Men, and On Golden Pond; and Mr. Smith Goes to Washington, Destry Rides Again, The Philadelphia Story, It’s a Wonderful Life, Vertigo, and Rear Window.

They got along famously, with a shared interest in elaborate practical jokes and model airplanes, among other things. Fonda was a liberal Demat, Stewart a conservative Republican, but after one memorable blow-up over politics, they…