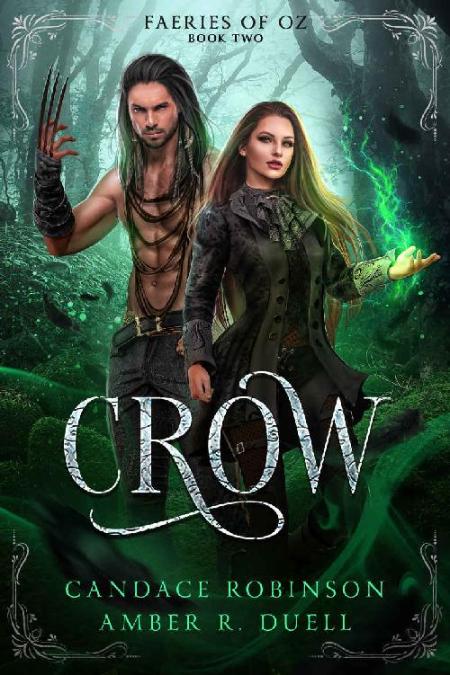 Reva spent the last twenty years in her own purgatory, first as the Wicked Witch of the West, then banished to eternity in darkness. Now that she’s returned from oblivion, Reva’s out for blood. The Northern Witch, Locasta, destroyed Reva’s life out of jealousy over Crow. But Reva’s love for him is gone, replaced only with the desire for revenge.

Crow wasted years trying to distract his mind after the Wicked Witch–his true love–was vanquished. He’d thought Reva was lost forever until magic brought her back, though their reunion was anything but happy. Reva hates him now as much as she loved him then. He can’t blame her–his former lover cursed them both and stole their daughter away. But he’s more determined than ever to earn Reva’s forgiveness.

When Reva leaves for the North, intent on destroying Locasta, Crow refuses to lose her to the same magic twice. He joins her on the journey, and, as much as Reva loathes him, she knows it’s for the best. Traveling is too dangerous on her own, but spending so much time together isn’t exactly safe for their hearts either. Hidden away in her castle, the Northern Witch waits to curse Reva and Crow once more. This time they need to put an end to Locasta, or suffer the consequences of the curse forever.

Perfect for fans of Sarah J. Maas and Laura Thalassa.