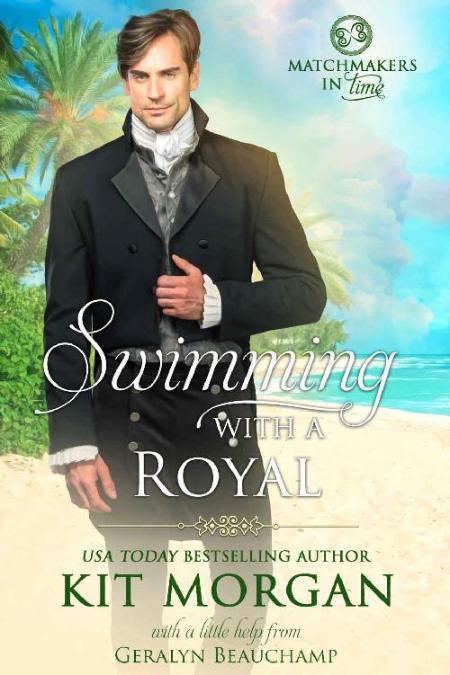 Matchmakers in Time, Assignment #4:
A Prince from a faraway land and century.
A Swimming instructor with a secret identity.
Two time-traveling matchmakers on their honeymoon …
What could go wrong?

Plenty! At least that’s what the casual observer would say. But not Melvale, Time Keeper of Muirara. His job is to equip Time Master Dallan and his wife Shona for each assignment. This one is no different, only this time he gets to come along. After all, the poor couple have been married a few months now and still haven’t had a honeymoon. Not in the conventional sense, but now was their chance. Problem was, things aren’t going quite as planned. But that wasn’t going to deter Melvale. He’d make sure Makama James and Prince Vale of Dalrovia meet and fall in love if it kills him. No, that would be too drastic. Suffice to say, he’d get the job done. But convincing the Prince of where and when he is, won’t be easy. Seeing that he meets Makama and falls in love with her, harder still. But if Dallan and Shona could do it, so could he! Now if he could just get the matchmakers to stop fighting long enough to enjoy themselves, it would make his job so much easier.