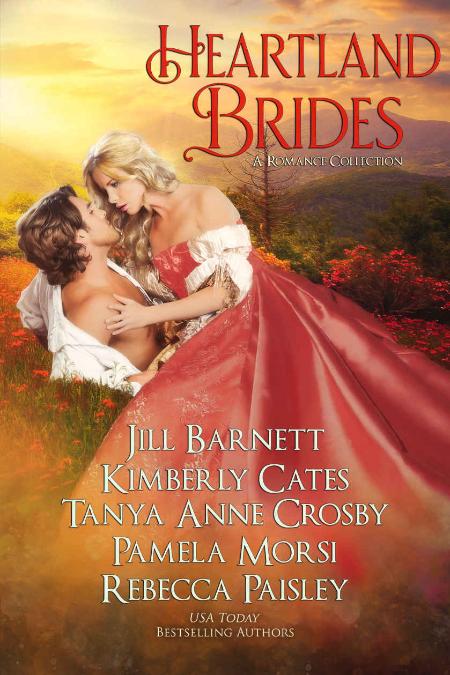 Carried Away by Jill Barnett
The proud descendants of a Highland clan, Calum and Eachann MacLaughlan live in seclusion on a Maine island. The brothers are as different in spirits as they are in looks, but they have one thing in common: they want brides. When Eachann’s two unruly children are expelled from school, he is even more determined to wed. Following an old Scottish tradition, Eachann decides to solve the problem for both himself and his brother….

Only Forever by Kimberly Cates

When thief-on-the-run Ashleen O’Shea flees famine-stricken Ireland for Texas with four orphans in tow, she must entrust her safety to lone wolf, Garret MacQuade. Since the day when outlaws ravaged Garret’s family homestead, he has shunned attachments, pouring his passion into his paintings of the unforgiving western wilderness. But as Garret braves the dangerous trail with Ashleen and the children, his heart begins to thaw. When evil forces threaten, will he ride away or make a home with this patchwork family he’s come to love?

MacKenzie’s Bride by Tanya Anne Crosby
Fiercely independent, Elizabeth Bowcock – “Doc Liz” as she’s known by all — vows to raise her orphaned niece as her own. Unfortunately, the child’s grandfather has declared the unwed doctor to be an unfit guardian and refuses to deliver her to Liz’s care until she finds herself a man… Enter dark-haired, devil-eyed Cutter McKenzie. Outcast for his Cheyenne blood, the handsome halfbreed volunteers to pose as Elizabeth’s husband. But though his wicked sex appeal threatens to undermine Liz’s independence, the road to St. Louis promises even greater perils.

Garters by Pamela Morsi
Esme Crabb has spent a lifetime in the mountains trying to stir up good gravy from watery “poor-do”. And she’s had no help from her ne’er-do-well father or silly sisters. The family lives rough and gets by beholden to their neighbors. Esme was hoping the twins could marry well, but like everything that needs doing in her family, it seems she has to do it herself.

Heartstrings by Rebecca Paisley
WANTED: TALL, DARK-HAIRED, BLUE-EYED MAN TO SIRE GENIUS CHILD. PRIZE: $100 IN GOLD
When bluestocking bookworm Theodosia Worth resolves to bear a baby for her childless sister, she decides an advertisement is the most practical way to find a father. Leaving behind the comforts of Boston, she travels west in the hope of striking a business-only arrangement with a likely candidate.